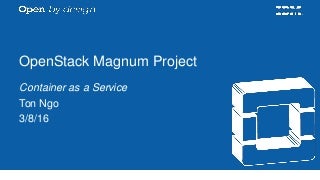 Most music fans have more chance of scooping the lottery jackpot than they do of sharing a stage with their musical idol.

However, a new 40,000sqft museum in north London will offer tourists the chance to make sweet sounds with some of the biggest icons in music.Well, almost.

The Music Hall of Fame in Camden’s famous Stables market – set to open in 18 months’ time – will have a new 4D attraction that lets you pick up a guitar and jam with Jimi Hendrix or holler into the microphone with Freddie Mercury during 1985’s famous Live Draw Aid concert.

How does it work? Using hologram technology and an ‘old Victorian parlour trick’ known as Pepper’s Ghost. Essentially, high definition video images will be beamed into a mirrored glass box to create a ‘3D space’ and give the appearance of a real person.

It’s not the first time the technology has been used.At California’s Coachella Festival in 2012, the audience was wowed by the apparent reincarnation of rapper Tupac Shakur, who appeared on stage alongside Snoop Dogg (now Snoop Lion) and Dr. Dre.

Music entrepreneur Lee Bennett, who’s behind the museum said: “You could be transported back to a specific moment of music or play with artists who are no longer alive, even playing back-to-back with a hologram.” He added: “I was at Coachella watching Tupac and it blew people’s minds.”

Mr Bennett told the Camden Review that interactivity is key to the museum: “We’ll have a working studio where people can learn to play instruments. The museum will be educational, there will be some memorabilia but the key thing will be transporting back to moments in music and playing with different artists. It will also serve as a UK Hall of Fame and there will also be a Hard Rock Cafe-style restaurant.”

Tupac lives on: The 2012 Coachella Festival in California used a hologram of the deceased rapper Tupac Shakur for a performance with Snoop Dogg

After warbling with the greats, Live Draw fans can take home a DVD of their experience.